Your address will show here +12 34 56 78 email@example.com
QUANTUM NOESIS TRAILER2
“SURVEILLANCE”
A game by Synesis One, art directed by Eric Jordan.
The world’s first NFT-Based Graphic Novel Game.
Jack in, crack the codes, and save the WORLD.

Quantum Noesis takes places in the year 2035. The Noosphere DAO is on the verge of an astonishing breakthrough in Artificial Intelligence. EVI (Electronic Virtual Intelligence) holds the key to humanity’s future. But there are powerful forces at work to destroy her. Quantum Noesis envisions an age of human progress — or a depressing dystopia, depending on our choice. This near future world extrapolates from existing technologies, which is why it seems so eerily familiar.

The game, deployed by Synesis One, is art directed by Eric Jordan and is the world’s first NFT-Based Graphic Novel Game. Eric Jordan, who serves as an advisor for Synesis.one, agreed to provide artistic direction and concept art to the Quantum Noesis project in October 2021. In addition, a team of incredibly talented science fiction writers, illustrators, and puzzle designers are collaborating to bring the game to life in mid 2022. Working from the story synopsis, Eric crafted the look of the main characters — the Noosphere DAO’s science team, EVI, the sentient AI, Pilar, the player’s sassy software sidekick, and the villains of the story, including MegaCorp’s sociopathic CEO and his co- conspirator, Volkov. He also helped bring the high-tech environments of the Noesis Network’s datasphere to life.

In order to prepare for the game’s official launch, Synesis One reached out to Eric Jordan to art direct and animate an engaging set of trailer spots that highlight the cyberpunk storyline that takes the audience deep into the world of authoritarian governments, surveillance, and artificial intelligence. 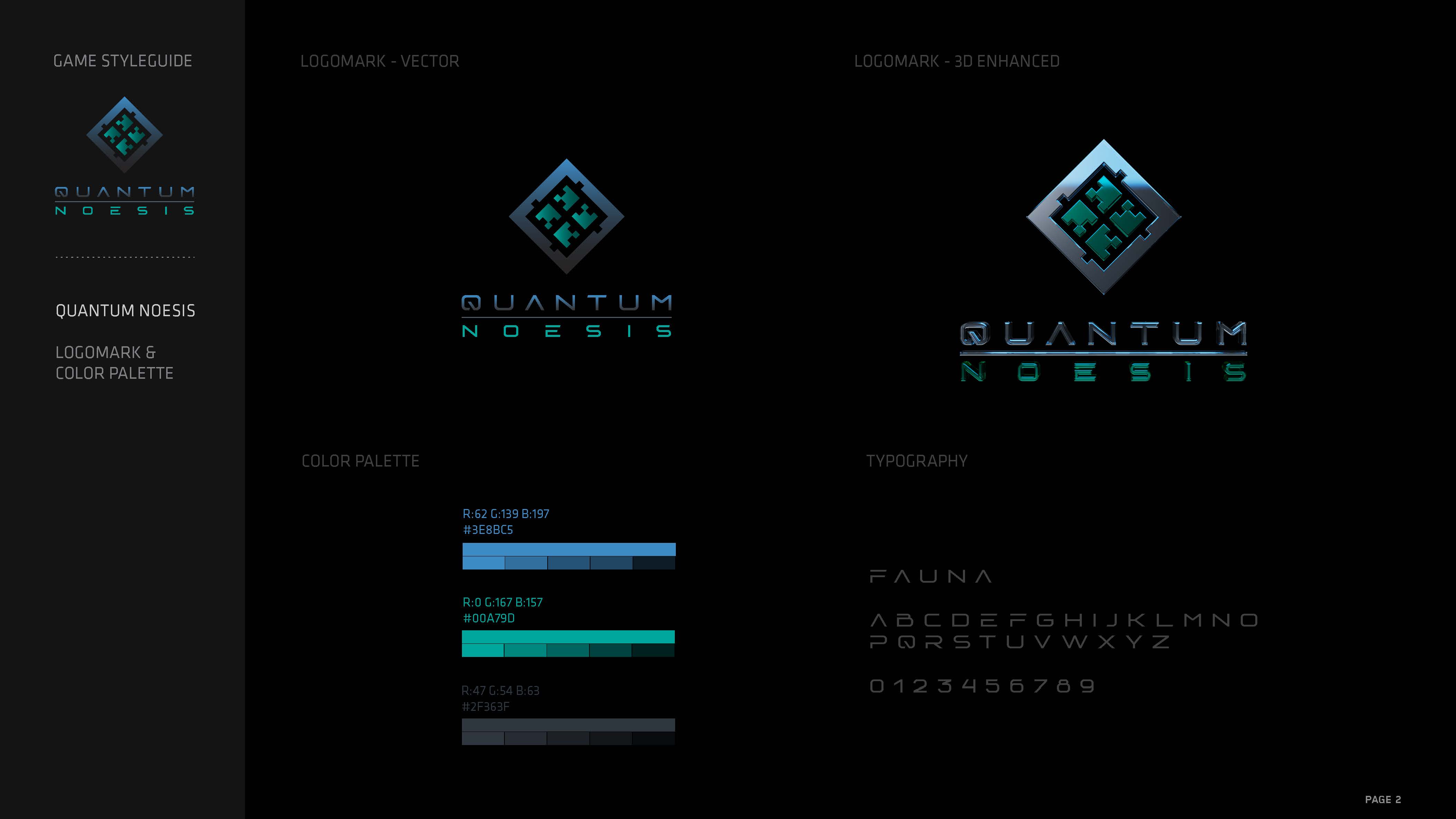 Medium: “The Art of Quantum Noesis”

VentureBeat: How video games could be used to generate AI training data

NFTandGameFi: Quantum Noesis: the game, the story and the art

Medium: The Characters of Quantum Noesis